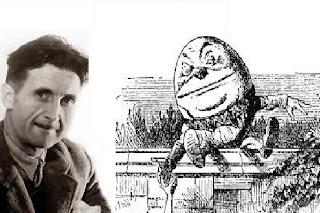 MISOGYNY
hatred, dislike, or mistrust of women, or prejudice against women

The above definition or something similar has been around for  hundreds of years.  But in line with the simple fact that language is a living entity, over the last decade or two the meaning of misogyny for some people  has morphed into something rather disturbing. It is being interpreted as being unlawful.

Melanie Onn M.P. was part of the intake in 2015. Her voting record seems to indicate that there is no underlying philosophy in her opinions apart from being a very obedient member of the cannon fodder  Labour MPs who consistently tow the party line in the lobbies.  She is amongst many who are pursuing actions to force such legal changes as to consider that there should be unlimited progress to control opinion and to prosecute those who choose to be unbound by such restrictions. There is a steady and undeniable current of so called progressive action to outlaw independent thought and to change the definition of "hate".  I have commented upon similar lines in the past...3/4/2017 and 9/8/2017 being the most recent. We, in this country, are not alone in this creeping criminalisation of thought.  In 2012 the then prime minister of Australia offered her new definition of misogyny.  In the USA most readers will be well aware of restrictions on free speech being imposed under the guise of safe space by intellectually  ignorant and sometimes over educated students who have made university bosses fearful of defying the fascistic outpourings of their sensitivities being offended.  Sadly it was yesterday when we heard similar but in typical so called sophisticated middle English phraseology.  This time it was the previously discredited Director of Public Prosecutions who made the news. CPS defines hate crime as follows:-
A hate crime is an offence where the perpetrator is motivated by hostility or shows hostility towards the victim's disability, race, religion, sexual orientation or transgender identity. Undoubtedly misogyny will be construed as hate crime and on line misogyny will be treated as a criminal offence.  My point today is that have we reached a position where Humpty Dumpty as portrayed by Lewis Carroll and George Orwell demonstrate identical thinking processes. The personified egg, a character from a well known nursery rhyme, in the words of Lewis Carroll in Through the Looking Glass says:-

"I don't know what you mean by 'glory,' " Alice said.
Humpty Dumpty smiled contemptuously. "Of course you don't—till I tell you. I meant 'there's a nice knock-down argument for you!' "
"But 'glory' doesn't mean 'a nice knock-down argument'," Alice objected.
"When I use a word," Humpty Dumpty said, in rather a scornful tone, "it means just what I choose it to mean—neither more nor less."
"The question is," said Alice, "whether you can make words mean so many different things."
"The question is," said Humpty Dumpty, "which is to be master—that's all."

George Orwell is perhaps more familiar to many than Lewis Carroll. He described the way that free thinking is controlled as "Newspeak". Perhaps "1984" is best summed up by the following quotation:-


“Don't you see that the whole aim of Newspeak is to narrow the range of thought? In the end we shall make thought-crime literally impossible, because there will be no words in which to express it. Every concept that can ever be needed will be expressed by exactly one word, with its meaning rigidly defined and all its subsidiary meanings rubbed out and forgotten. . . . The process will still be continuing long after you and I are dead. Every year fewer and fewer words, and the range of consciousness always a little smaller. Even now, of course, there's no reason or excuse for commiting thought-crime. It's merely a question of self-discipline, reality-control. But in the end there won't be any need even for that. . . . Has it ever occurred to you, Winston, that by the year 2050, at the very latest, not a single human being will be alive who could understand such a conversation as we are having now?”

Is this dystopian vision of the future actually taking place under our very noses; these noses being led by those whom we have elected and appointed to rule our lives?
Posted by The Justice of the Peace at Tuesday, August 22, 2017