MY JUSTICE OF THE PEACE DIARY VOLUME 1. 2009-2010 IS NOW AVAILABLE BY FREE E MAIL SUBSCRIPTION VIA TWITTER BUTTON AT www.thejusticeofthepeace.substack.com

A PAT ON THE BACK 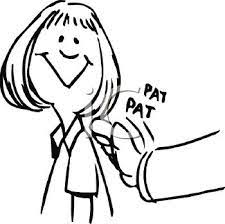 For the first time since my retirement I attended a magistrates court not long ago. In the past I have described,  as an insider, some of the shortcomings of my own court and the system in general.  Indeed much frustration has been ventilated here but the 10.00 a.m. start of that recent session demonstrated to me at least a facet of English justice of which I felt justly proud to have been a very very small part. Whether that experience was typical is another matter.

In the witness box: a Spanish interpreter sworn in; at hand a young woman recently arrived from South America was to make a statutory declaration. She had recently received a notice from a firm of bailiffs demanding around £600 in fine plus costs for non payment of a fine for a motoring offence. Her declaration stated that for various reasons she had received no earlier notification that any offence had been committed, no demand for payment and queried the offence details themselves.

The procedure was carefully explained and translated for her and she left the courtroom with a perfect understanding of what might follow. I thought to myself what other country would provide such a service at no cost to a short term visitor with only her native language available for all but the most basic topics.

Posted by The Justice of the Peace at Tuesday, September 14, 2021