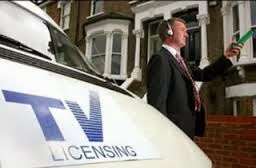 When my son went to university amongst the advice I gave him was that on no condition should he open the door to a person who could possibly have been from T.V. Licensing (aka Capita plc).  This was purely precautionary because I insisted that he and his flatmates bought a T.V. license or they would forego my generosity in the provision of a free T.V. for their communal use. Such advice was based on the sometimes aired iniquitous practices of said plc when license “evaders” were giving evidence in court only to be contradicted by dubious so called “inspectors” whose evidence to say the least was often unconvincing.   So the likelihood of the end of such procedures at magistrates` courts is warmly welcomed.  To have a criminal record for non payment of a license fee to watch television was always a disgraceful use of the state`s power.

About 180,000 such people are currently  prosecuted annually.  Many of these are the poorest individuals in the country living hand to mouth and day to day.   About 70 of those found guilty are jailed for non payment of the resultant fine imposed. These T.V. license courts comprise about 10% of all cases coming before Justices of the Peace.  Their re-location to the civil courts system will lead to a further reduction in the number of courtrooms in daily operation and a consequent reduction in demand for new lay magistrates and a further diminishing in sittings for most.

Having been a proponent for many years of this proposed change…..try typing http://thejusticeofthepeace.blog.co.uk/TVlicense   …… it is for once a most welcome change coming as it does from the Justice Ministry.
Posted by The Justice of the Peace at Sunday, March 09, 2014